The lack of resources in projects

The halo effect and the corporate pyramid

The Eurotunnel and the scope creep.

The Channel Tunnel is undersea rail tunnel that links Folkestone in UK and Pas de Calais near Calais in France. The tunnel carries high-speed Eurostar trains. In 2012 the Eurotunnel transported more the 18 millions of passengers and the freight transported was more than 20 million of tones. 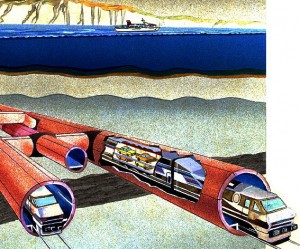 The tunnel construction began in 1988 with an estimated budget of 2600 millions pounds and estimated time of 5 years.

We call scope creep in project management the phenomenon of uncontrolled changes or continuous growth in the project´s scope. This phenomenon is caused when the scope is not clearly defined.

Why this project fell into the scope creep?

Some mistakes that lead the Eurotunnel project in the scope creep were:

Risk management: we need to identify all the potential risks in the project and define response plans to these risks.

Communications plans:  Who send the reporting about the project?  Who need to receive information? What information must be send? And how must be sent?